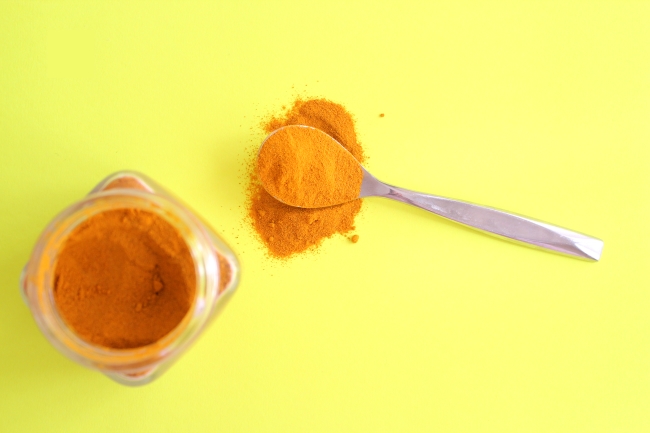 Those who cook with turmeric don’t need to be told the benefits of being caught yellow-handed. But for those who aren’t familiar, a refresher is in order. A common ingredient in curry, this stain-inducing golden spice has been a culinary staple of many cultures for thousands of years, and for good reason.

Curcumin, the active ingredient in turmeric — and the culprit behind its yellowy pigment — boasts a number of medicinal benefits. In fact, it is considered the wonder spice for combating inflammation. But let’s not give away all its benefits just in this little introduction.

Here are 10 health benefits of turmeric that’ll have you seeing yellow in no time.

1. As mentioned above, turmeric’s anti-inflammatory properties are out of this world, working as well as some anti-inflammatory drugs. Those with rheumatoid arthritis and inflammatory bowel disease have noticed significant improvements when including the spice in their diet.
2. Studies have shown that extracts of turmeric contain a number of natural agents that block the formation of neural plaque associated with Alzheimer’s and heart disease.
3. Turmeric is a natural antibacterial agent and antiseptic, useful in disinfecting cuts, scrapes and even bug bites.
4. When combined with cauliflower, turmeric can lower risk of prostate cancer.
5. Regular intake of turmeric may slow signs of ageing and actually extend the average lifespan.
6. Turmeric may delay liver damage and boost detoxification.
7. A powerful anti-fungal and anti-parasitic agent, turmeric can be used to treat yeast and parasite overgrowth.
8. Turmeric paste is an excellent home remedy for sunburn (it’s actually an active ingredient in many commercial sunscreens).
9. A strong antioxidant, turmeric combats free radical attacks to strengthen the immune system.
10. Turmeric is an insulin moderator and thus may have a positive influence on diabetes control.

So there you have it, 10 health benefits of turmeric. As for the best way to consume turmeric to ensure complete absorption in the digestive tract combine with an oil (such as olive oil) and black pepper. Supplementation may also be beneficial. 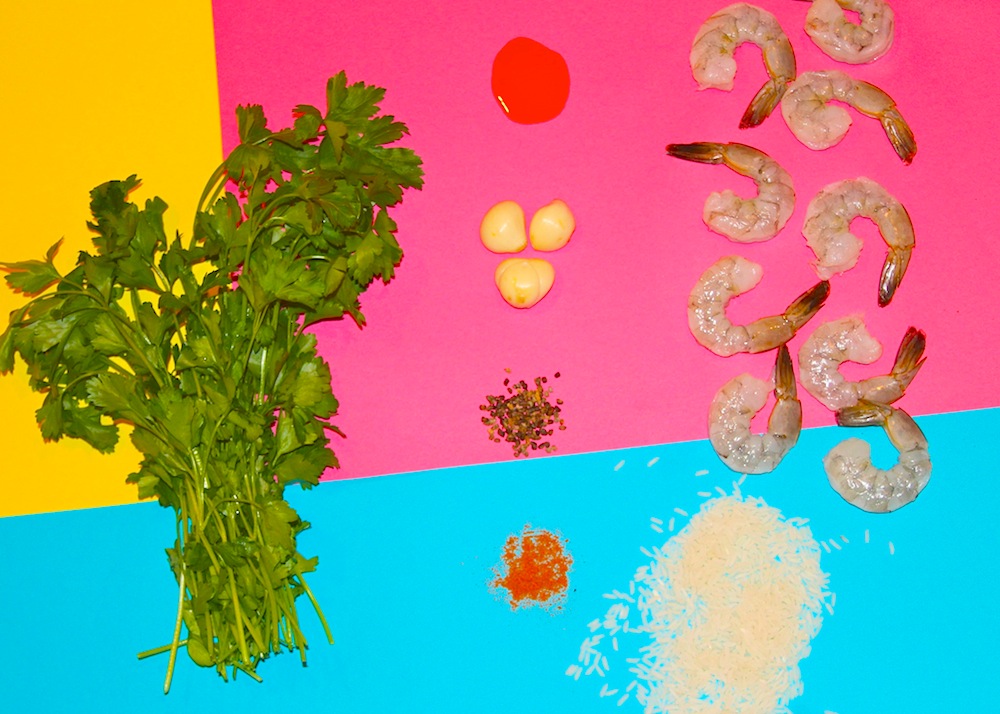 Instructions:
Marinate shrimp in paste made out of olive oil, lemon zest, parsley, and curry for about an hour.
When ready to cook heat a shallow pan with olive oil and garlic.
When garlic is somewhat golden add cardamon seeds.
Add shrimp, cook moving shrimp around the pan frequently until done, once grey colour is gone and shrimp has turned pink.
Serve with Jasmine rice, garnish with a squeeze of lemon and parsley.

Warning do not wear white while cooking.
Enjoy!