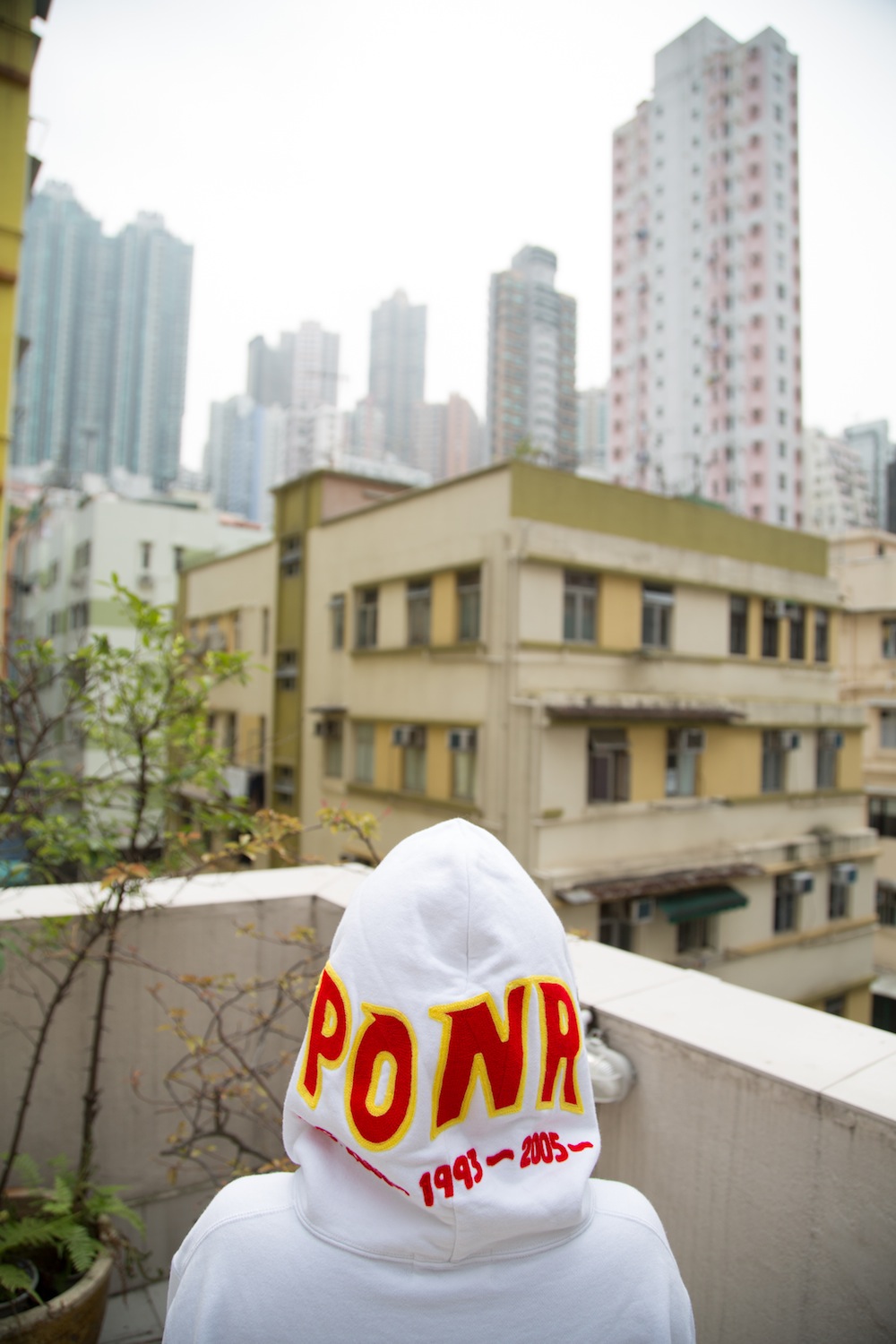 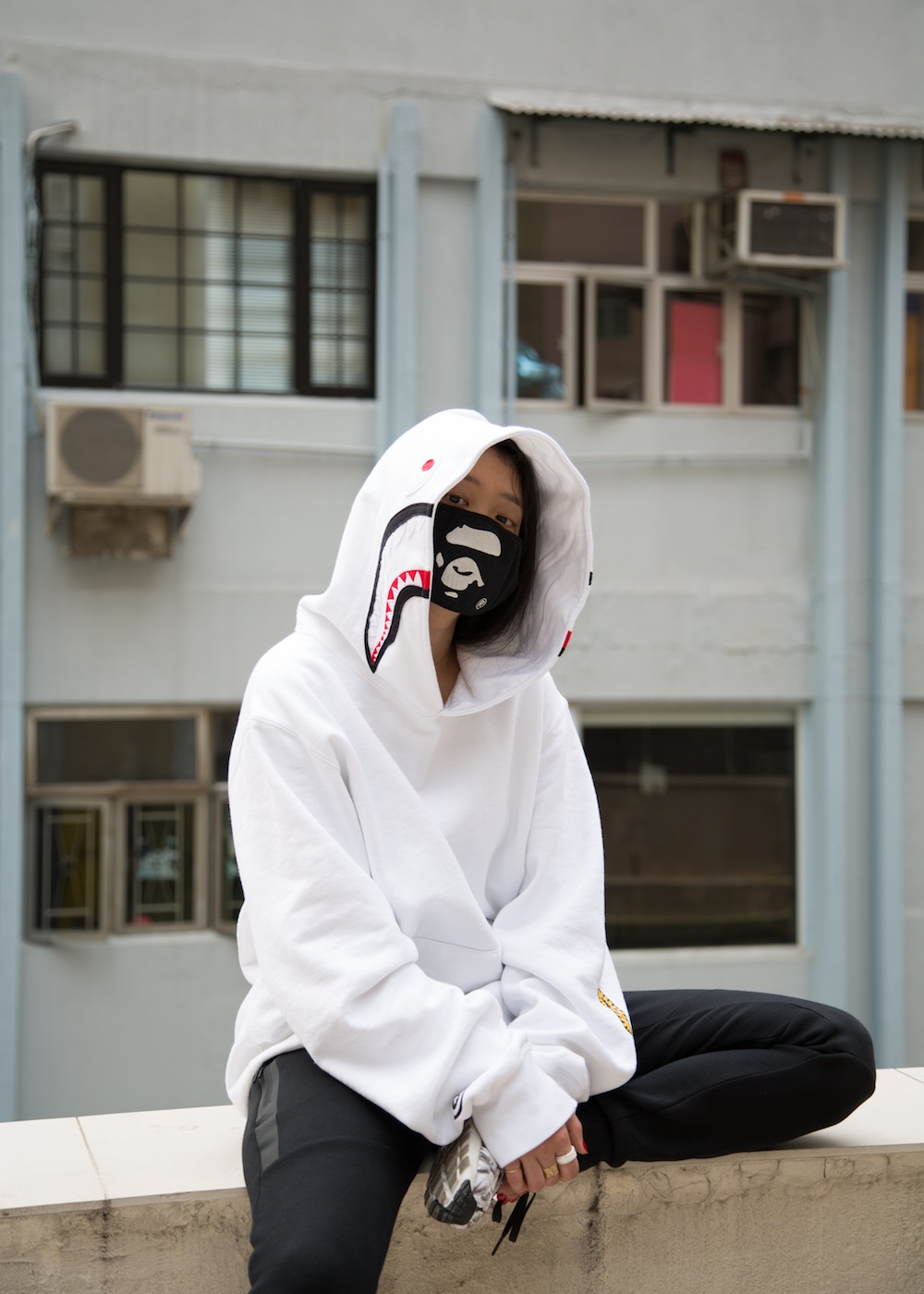 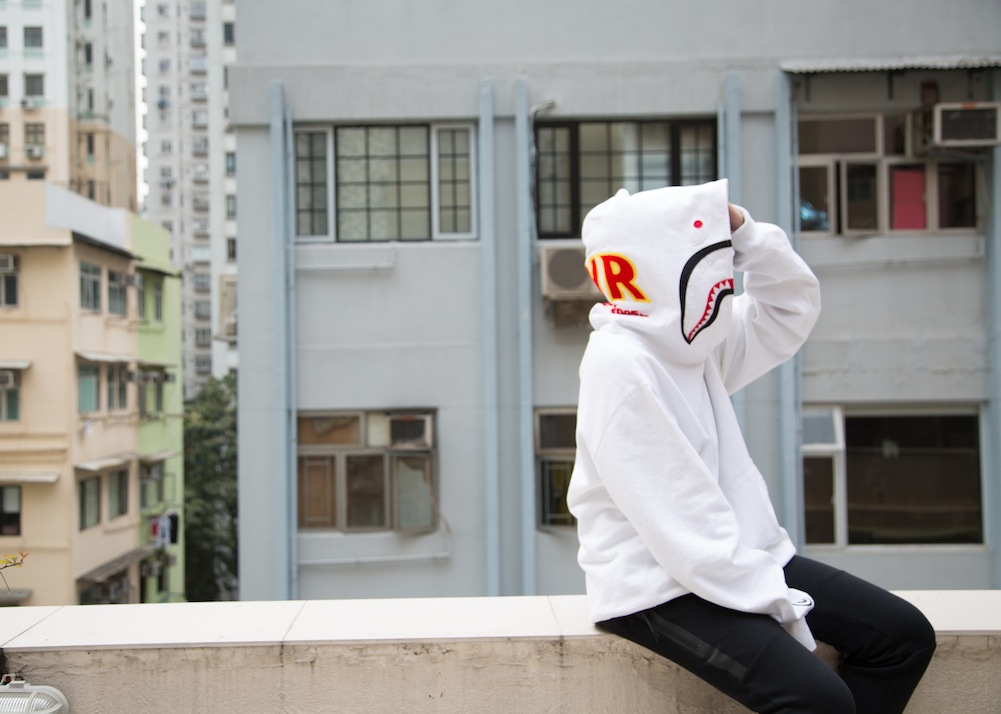 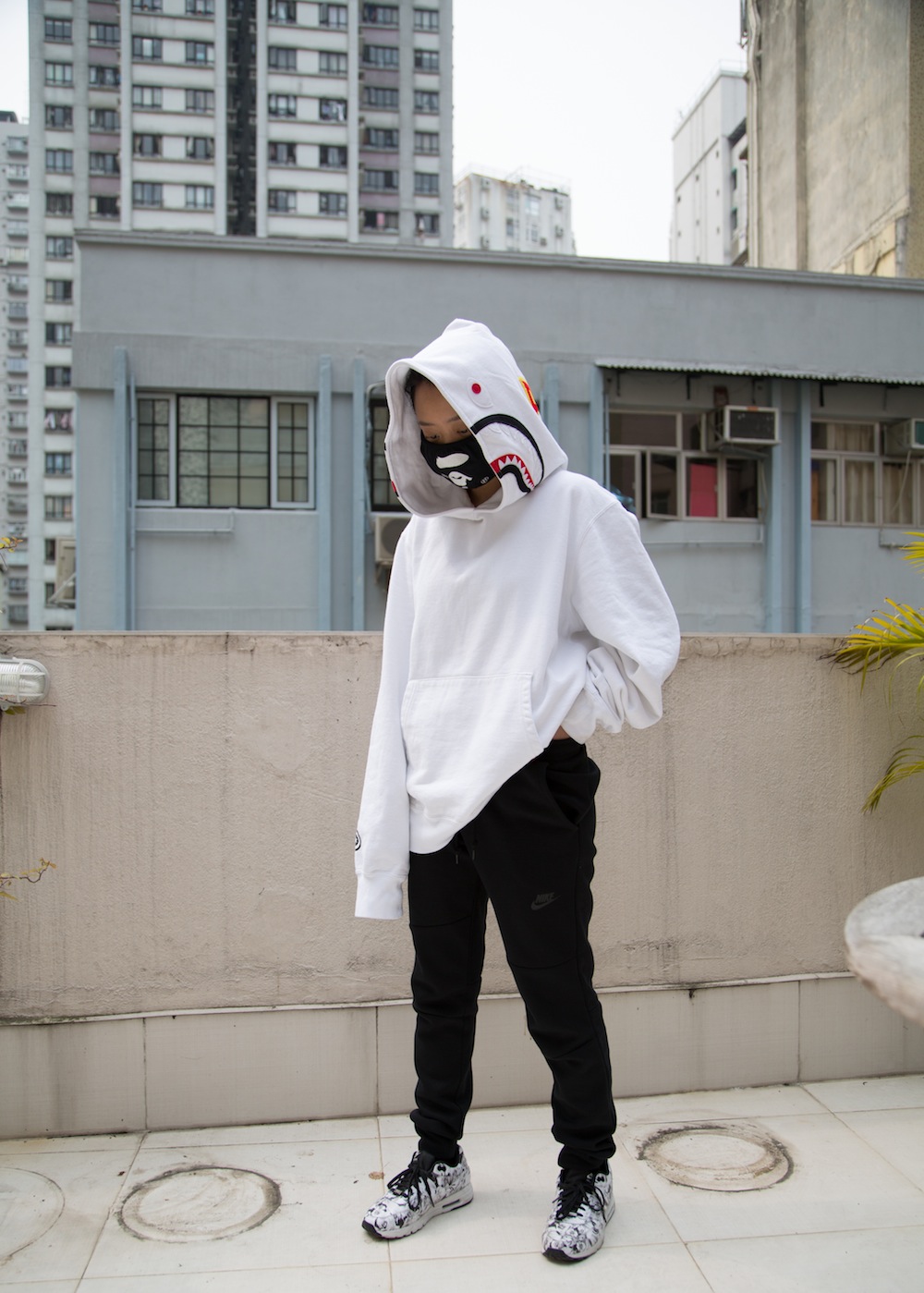 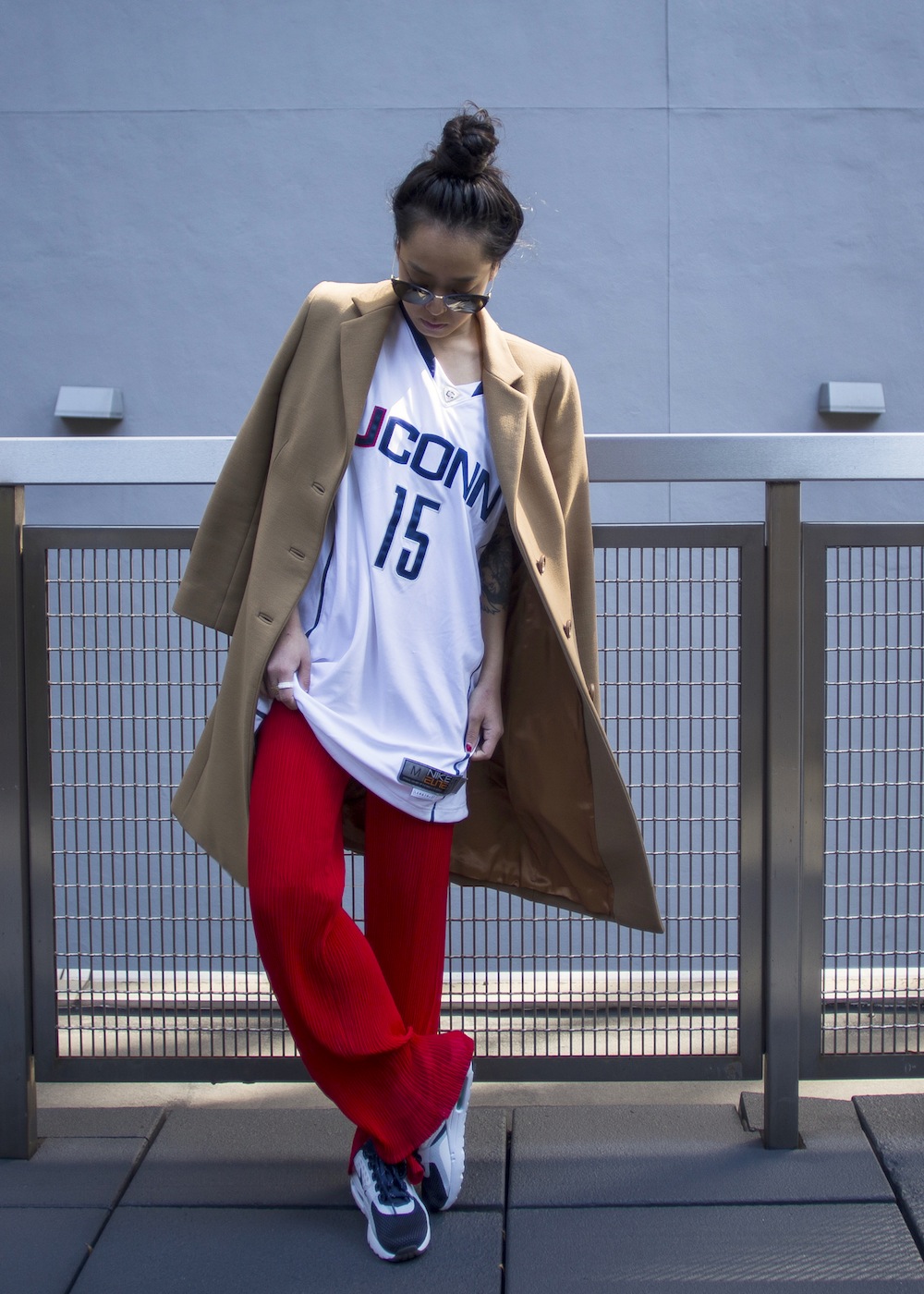 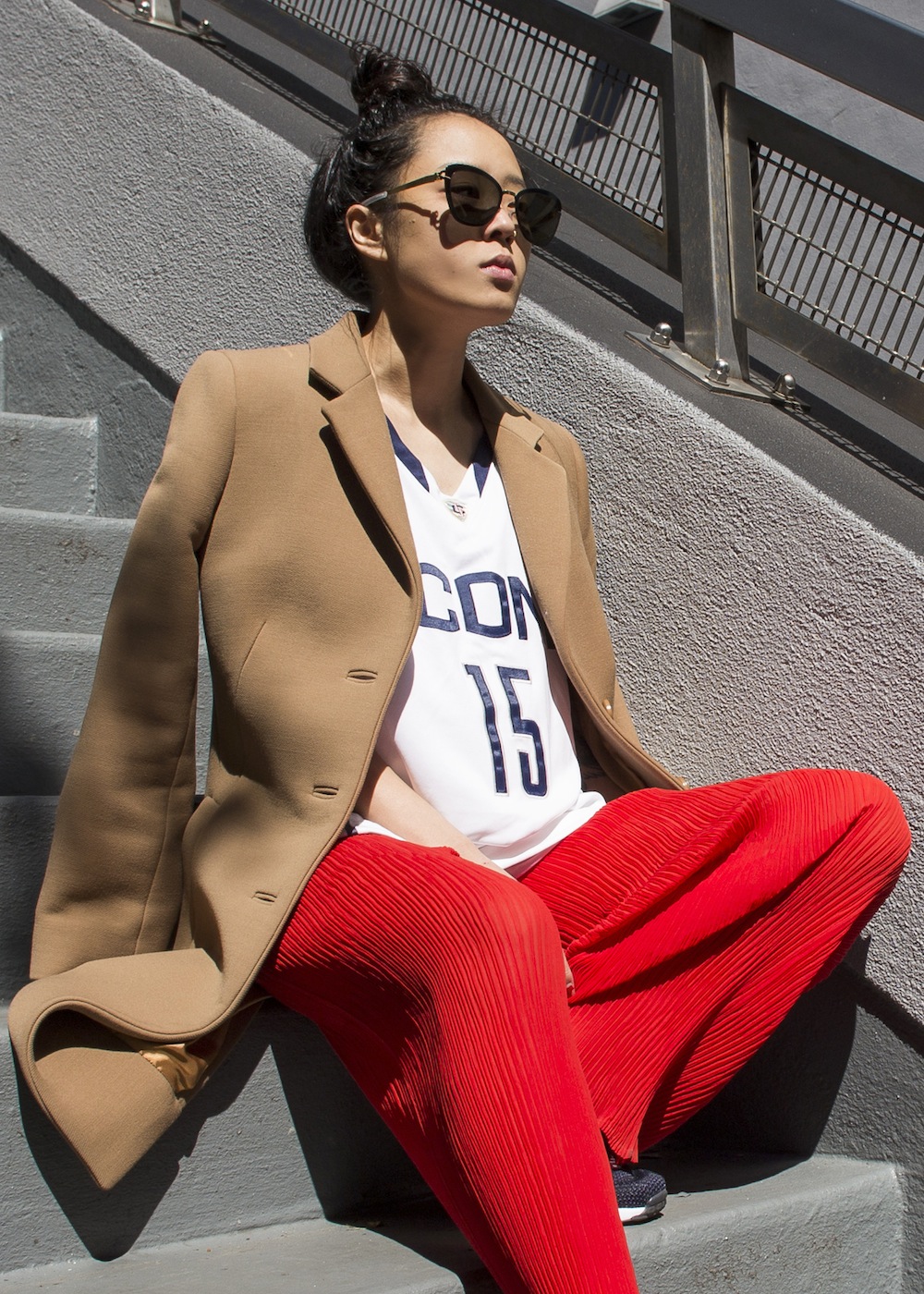 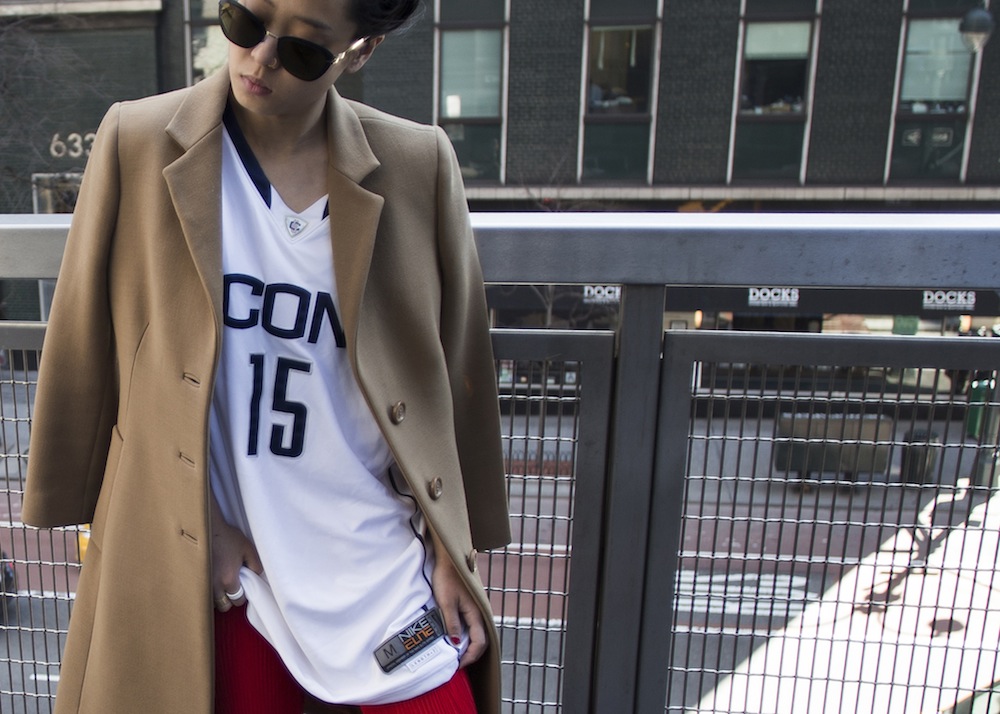 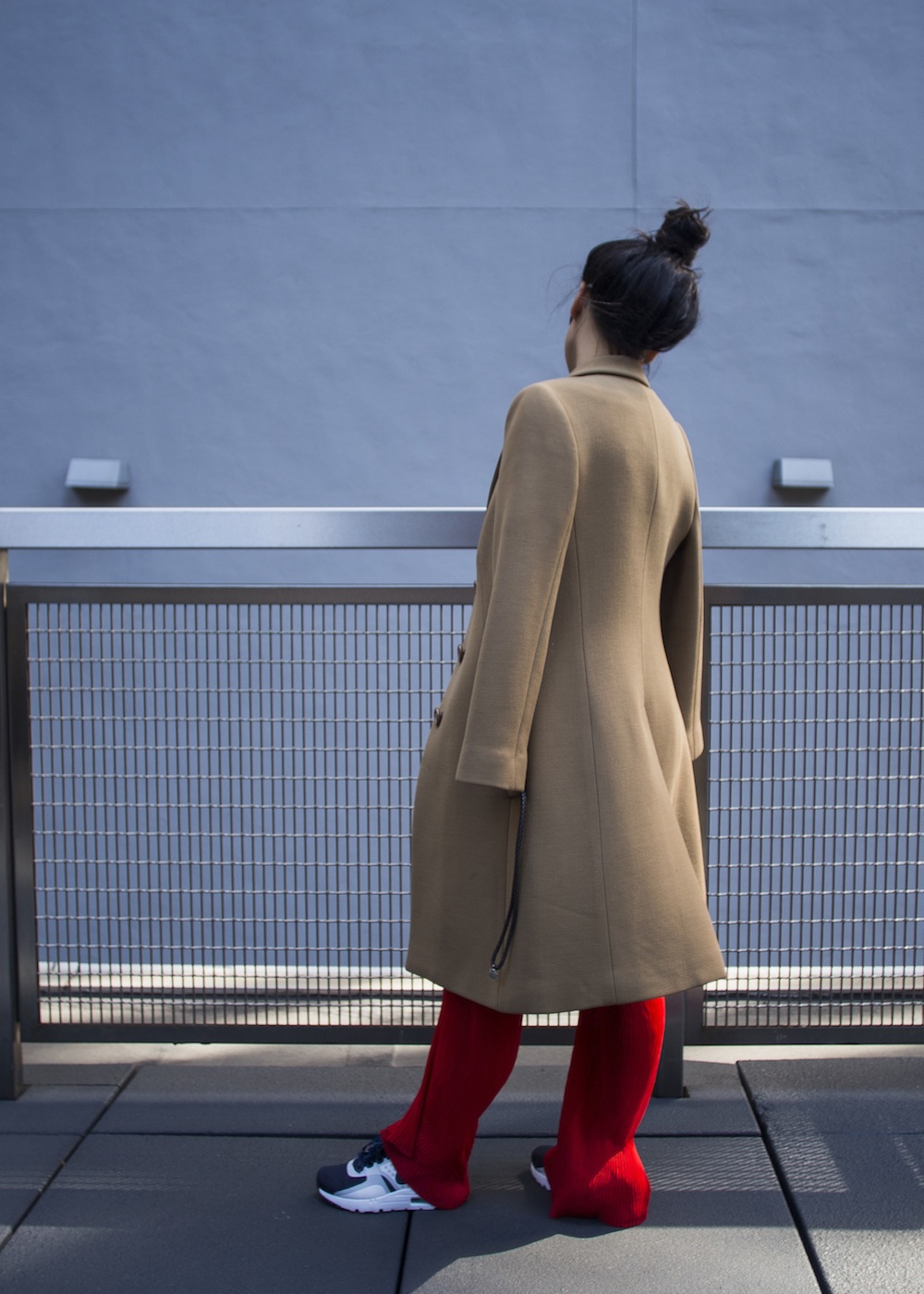 Sport and fashion have always been influenced by each other. As the two seem to be more intertwined than ever, performance and ready-to-wear have more in common these days from court to runway to street, in no particular order. Christina Paik shows love for her favorite college basketball team wearing a UConn Kemba Walker Jersey, under her Prada coat, with red pants by Issey Miyake that she paired with Air Max Zero’s and Mykita sunglasses. Here’s her perspective on why she’s a fan of college basketball celebrating March Madness in New York City.
“As a Knicks fan, its been a hard season…let’s face it, it’s been a hard 5 years…and this year, I found myself watching more college basketball than usual. My brother went to UConn and growing up, I always wanted to do everything he did, so naturally I became a UConn fan. I went to an art college and never had the opportunity to experience the landscape of college sports first hand, but being in NYC this spring, it’s been something else. To be able to see such a melting pot of alma maters in such a concentrated city, weekend after weekend, bars packed with fans from all different schools, rooting for their teams as they get that fix of sweet, college nostalgia, I felt like I was getting a tour of the college experience from so many different points of view.
The beauty of college basketball, at least to me, is that team chemistry matters so much. At the professional level, sheer skill can sometimes make up for lack of leadership and teamwork, but in college, where the oldest player is usually no more than 21 years old, the chemistry really matters and I find myself drawn to that.
In an age where people tend to forget about the intangibles, it’s nice to see that it still matters somewhere.” – Christina Paik 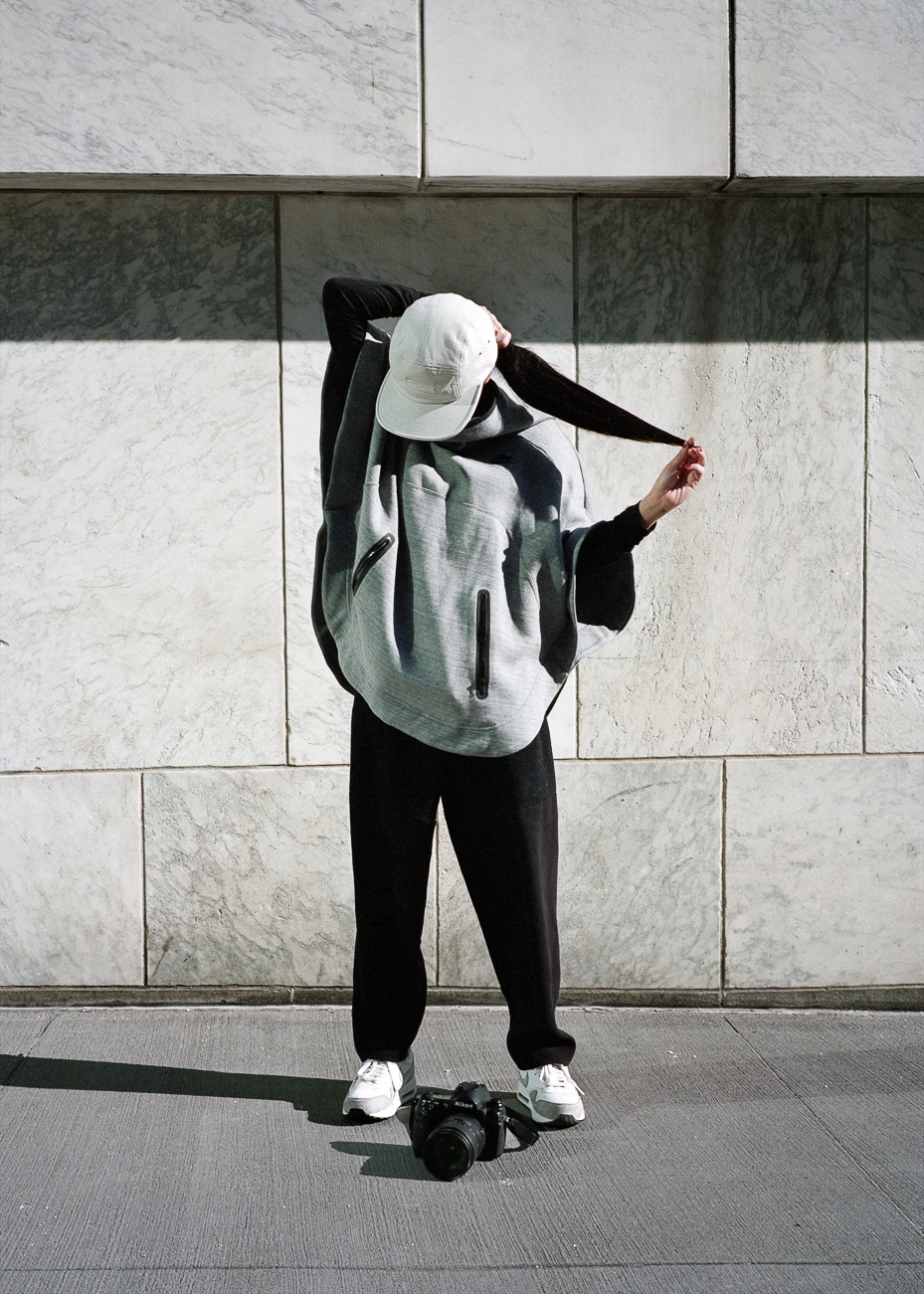 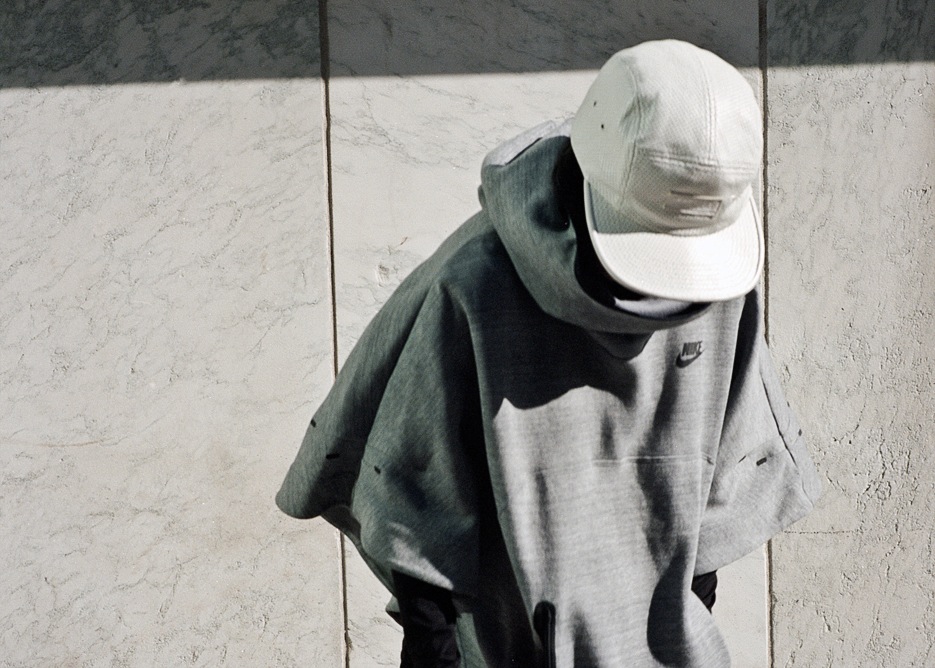 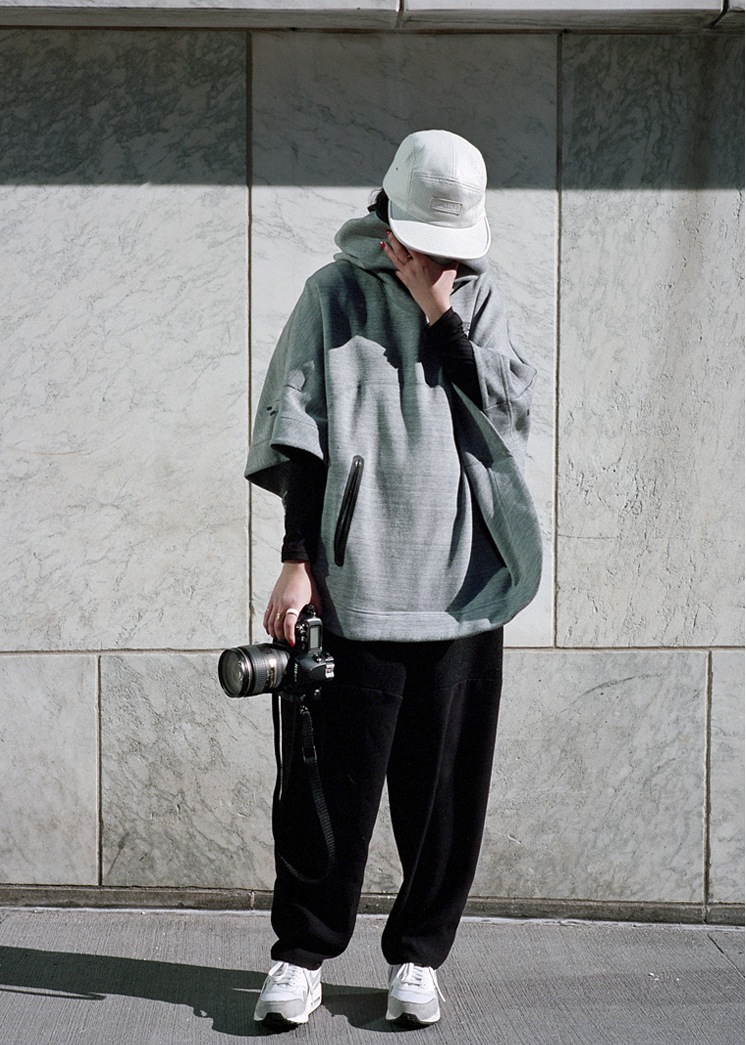 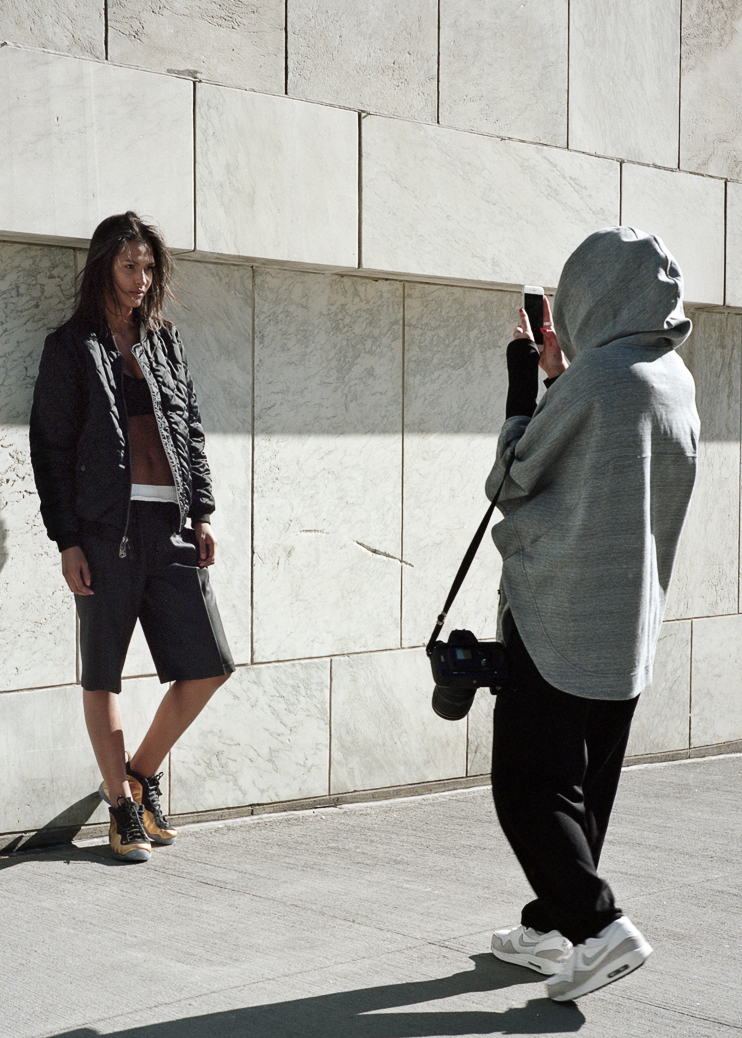 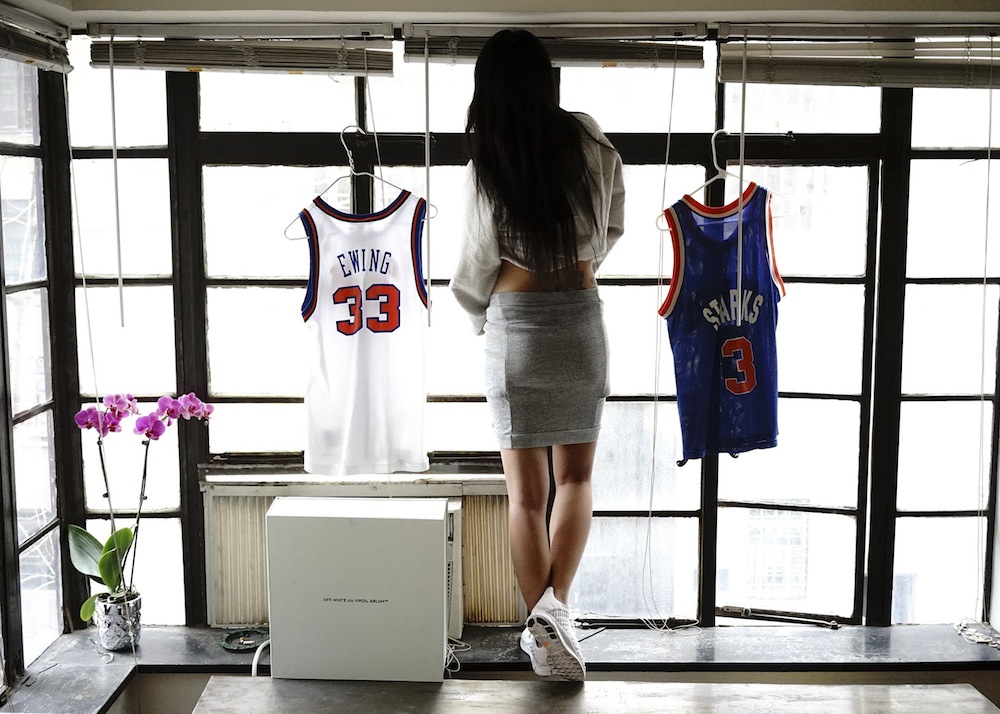 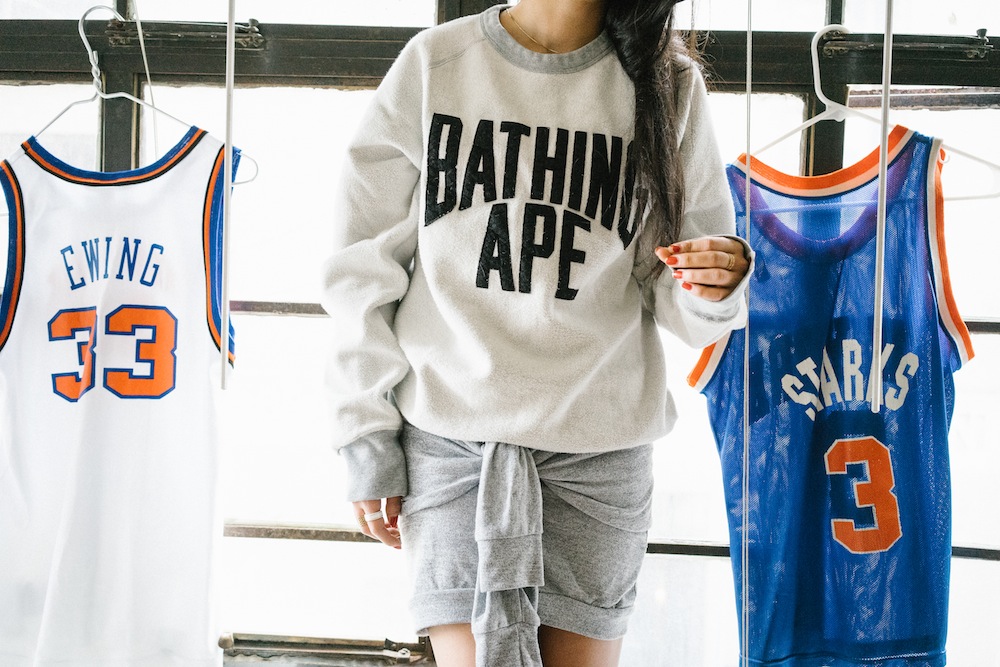 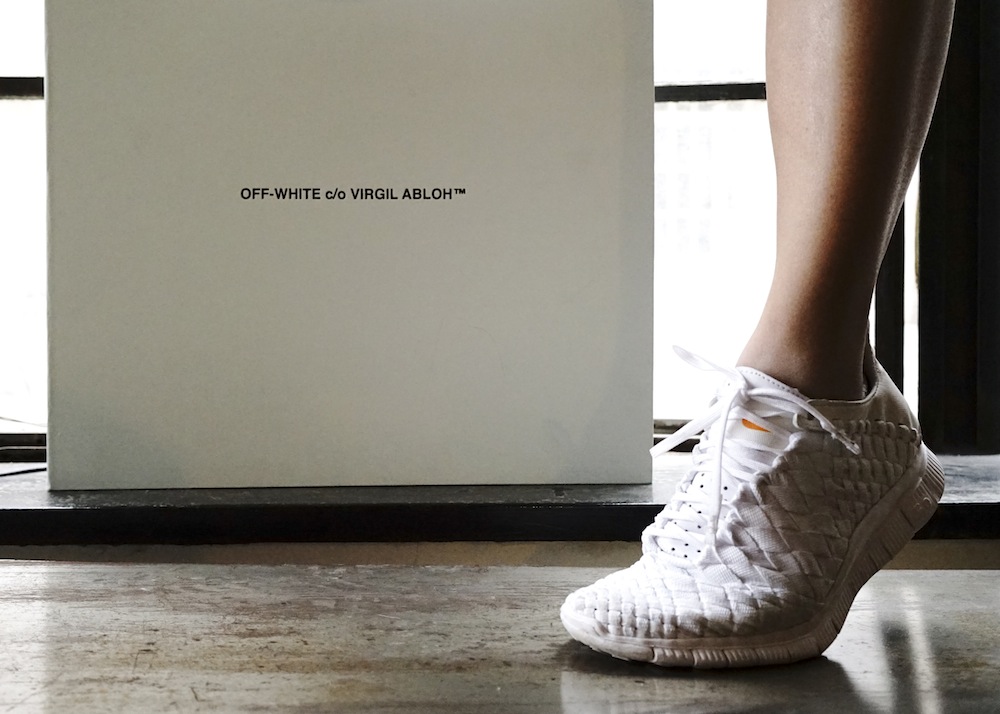 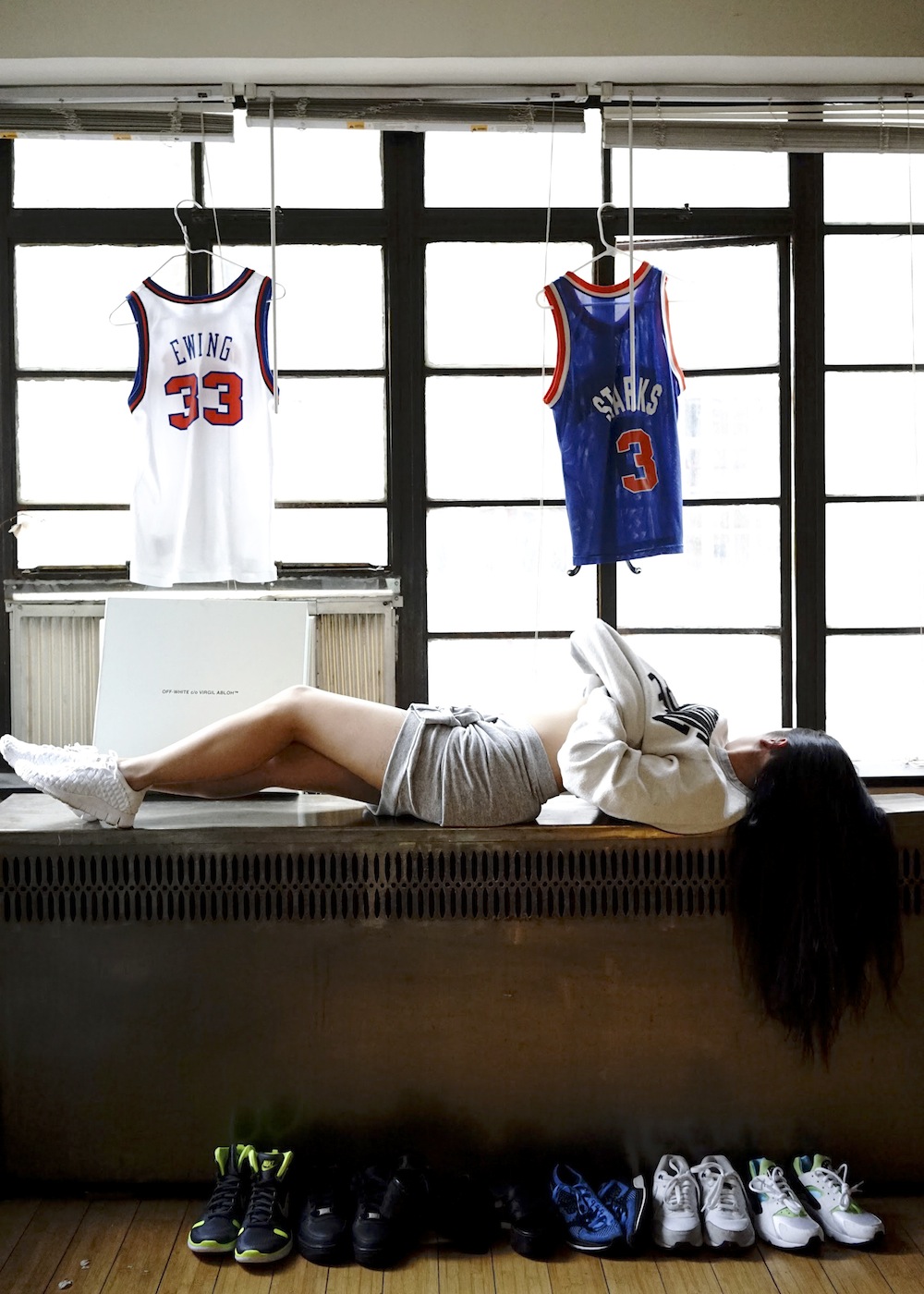 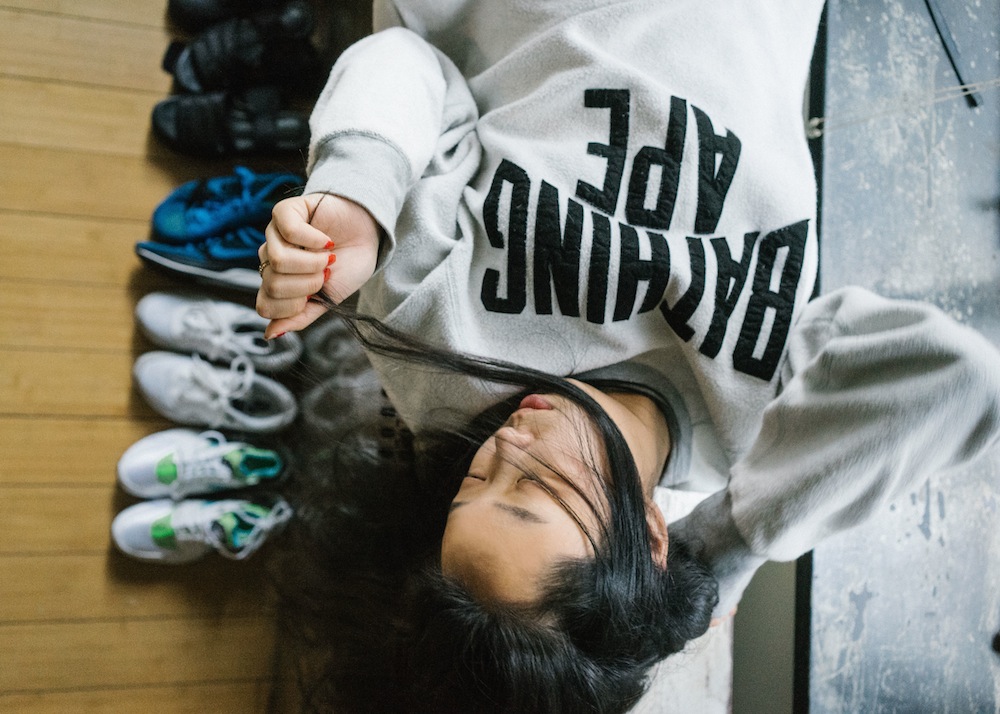 Most of you are no stranger to the work of Sweat The Style girl photographer Christina Paik. She splits her time between Paris and New York where she keeps her self busy shooting numerous campaigns and editorials for top fashion magazines and brands including, Virgil Abloh’s Off-White, High Snobiety, and Sweat The Style. Growing up as a competitive figure skater instilled her with the work ethic that comes with daily training that she later applied to her craft. Today she stays cozy in her studio wearing A Bathing Ape crew neck, The Haute Pursuit’s sweater skirt, and Nike Inneva Woven Sneakers. 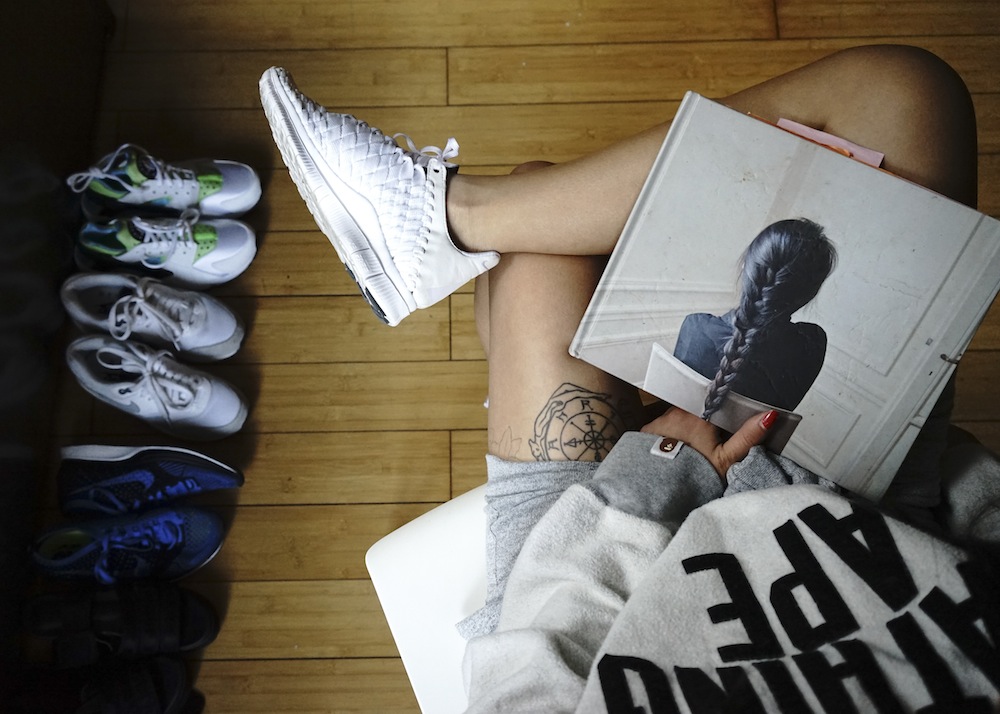